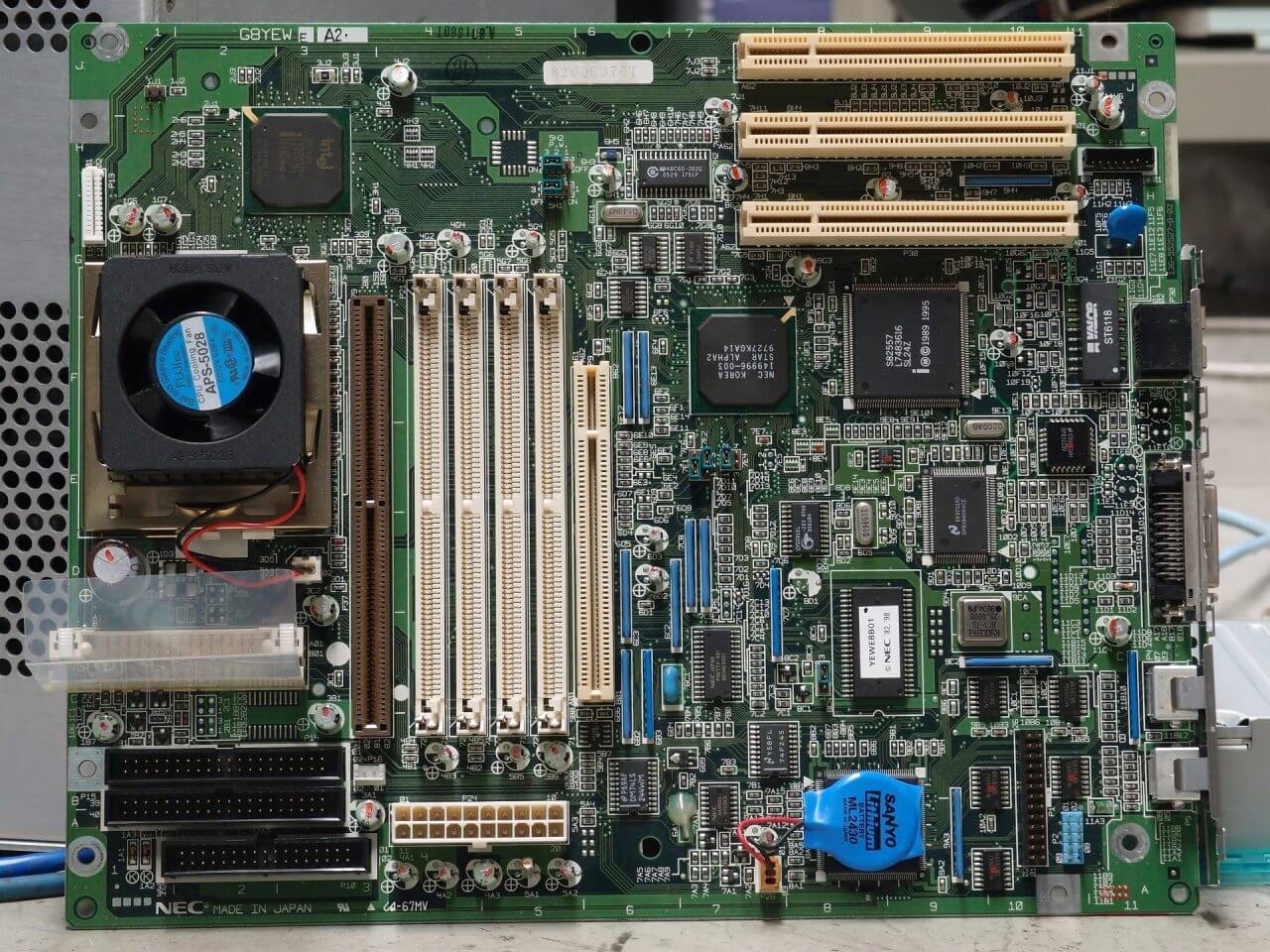 Computers have been the backbone of industrial and modern living for several decades. However, the electronic machines themselves have evolved through those years, pushing the boundaries on efficiency, speed, and practicality. As a result, modern PCs look different than they previously did, thanks to smaller and more compact components.

At the heart of the computer is the motherboard. Literally, it’s the base on which other functional parts live. Expectedly, motherboard design has progressively changed in the last few years, showcasing greater power and capacity. You can find motherboard options for work, gaming, or casual use these days.

Have you ever wondered how a motherboard unit gets made in the factory? It’s an interesting question, as the answer can give you more insights into how component fabrication works in a modern computer factory. This piece highlights a typical motherboard production process and the common materials you can find on a unit. Before we discuss its composition, it would help if we go through what a motherboard is.

What is a Motherboard?

A motherboard is an electronic board that allows connection and signal transmission between other computer components and peripherals. Also, a motherboard is responsible for every part of the computer, from its processor to its storage.

Physically, you can call a motherboard a PCB (Printed Circuit Board). That’s because of the several tiny lines crisscrossing the unit. Those lines are embedded conductor tracks that allow electric transmission from one component to another. Also, you’ll find standard electric parts on a motherboard, such as resistors and capacitors. They help it manage the different parts harmoniously.

Manufacturers forge modern motherboards out of two primary materials: fiberglass and copper. Fiberglass serves as effective insulation and would typically be in a stacked or layered arrangement.

On the other hand, copper forms the conductive paths on the motherboard, allowing the unit to be electrically active as needed.

You might be wondering, “why copper and fiberglass?” For one thing, both materials let manufacturers stack multiple boards together to form a working unit. Such techniques save space, and a copper/fiberglass combination delivers the most cost-effectively.

Another reason motherboards have a copper and fiberglass composition because the materials make them smaller and faster. Since chip makers can have each motherboard unit in stacks, there’s more processing power as the electricity gets to travel less distance from source to destination.

It’s worth mentioning that the motherboard materials are intricate and fragile. It’s best not to take actions like drilling a new hole into your motherboard, as that can damage the unit permanently. Some users try to make holes in their boards to make room for aftermarket attachments. You must understand that such actions are generally a bad idea.

However, that doesn’t mean that you wouldn’t find holes in a typical motherboard. Some manufacturers pre-drill the boards before laying the electrical parts on them in the factory. It’s to allow necessary attachments and soldering. Also, the motherboard needs some holes for its VIAS (Vertical Interconnect Access) between the copper pathways.

A motherboard unit starts life as a baseboard. The manufacturer stacks thin fiberglass slices and glues them with a special resin to form a solid PCB layer. Then, the layer gets coated in copper on the top and bottom sides, and the whole thing gets another coating called a photoresist.

The photoresist is a light-sensitive material that forms the etched pathways on the board’s copper coating. The manufacturer puts the entire layer under UV lighting to make the patterns permanent. Subsequently, the board gets washed to remove excess copper.

Once the board has passed the first preparation stages, it moves to fabrication, where other components get attached, and the slab gets activated. The fabrication stage has the following sections:

SMT is the fabrication section where smaller electric components get soldered unto the motherboard. The manufacturer stacks the PCBs and passes them through a printer. The advanced machine solders each piece in place following a preset layout.

Afterward, the components get inspected manually and tested with an IC tester. Once the slab meets the specifications and print standards, it moves to the next level.

The next fabrication step is the DIP, where a machine installs capacitors, connectors, and ports on the board. Then, a worker tests the fittings and ensures they’re up to standard.

In the next step, the motherboard gets heated in a chamber at up to 265°C to reinforce the components.

During the testing phase, a worker checks if all the ports and connections are working. They’ll also perform specific quality control tests to make the motherboard ready for packaging.

The motherboard then gets packaged and ready for consumer use. Manufacturers would include accessories like SATA cables, driver installers, and a manual guide in the box for the intended user.

Also, the board gets wrapped in an antistatic bag to prevent short-circuiting.

This technique also allows the motherboard to become more resistant to short-circuiting and other failures. You can use chemically-etched boards for up to a decade, needing only intermittent upgrades.

Other Motherboard Facts to Note

Several crucial components exist on the motherboard, and they determine how powerful it can be during use. One of the most essential parts of the motherboard is the VRM (Voltage Regulator Module). It’s responsible for electricity distribution and control on the board. Without VRMs, the motherboard wouldn’t power on. A faulty VRM can make the motherboard overcharged, and you run the risk of getting electrocuted.

You’ll also find essential components in the VRM, such as the MOSFET (Metal Oxide Semiconductor Field Effect Transistors) and chokes. MOSFETs deliver the exact electric voltage to CPUs and GPUs while chokes are present to ensure that the capacitors don’t burn out in a voltage surge.

Motherboards are a quintessential part of modern computers, but many people wonder, “what are motherboards made of?” You may want to learn how the unit is formed and made functional in the factory, so we’ve highlighted it above.

It’s worth mentioning that you can find several hundreds of components on the motherboard working together to make the computer work effectively. Each board has the fundamentals, which include the CMOS and BIOS. Both are responsible for storing the motherboard’s vital information, even when the computer is off.

Also, there are inputs and outputs ports on the motherboard, including a microphone, speaker ports, monitor ports, etc. For storage capabilities, most boards have IDE and SATA connectors that allow you to connect an HDD or SSD storage.

Other components include power connectors, CPU sockets, Expansion slots, and extra I/O ports. As you can see, a lot comes together to make the computer perform tasks like gaming and typing. More importantly, these extensive number of components allow you to appreciate the importance of a motherboard in a PC.