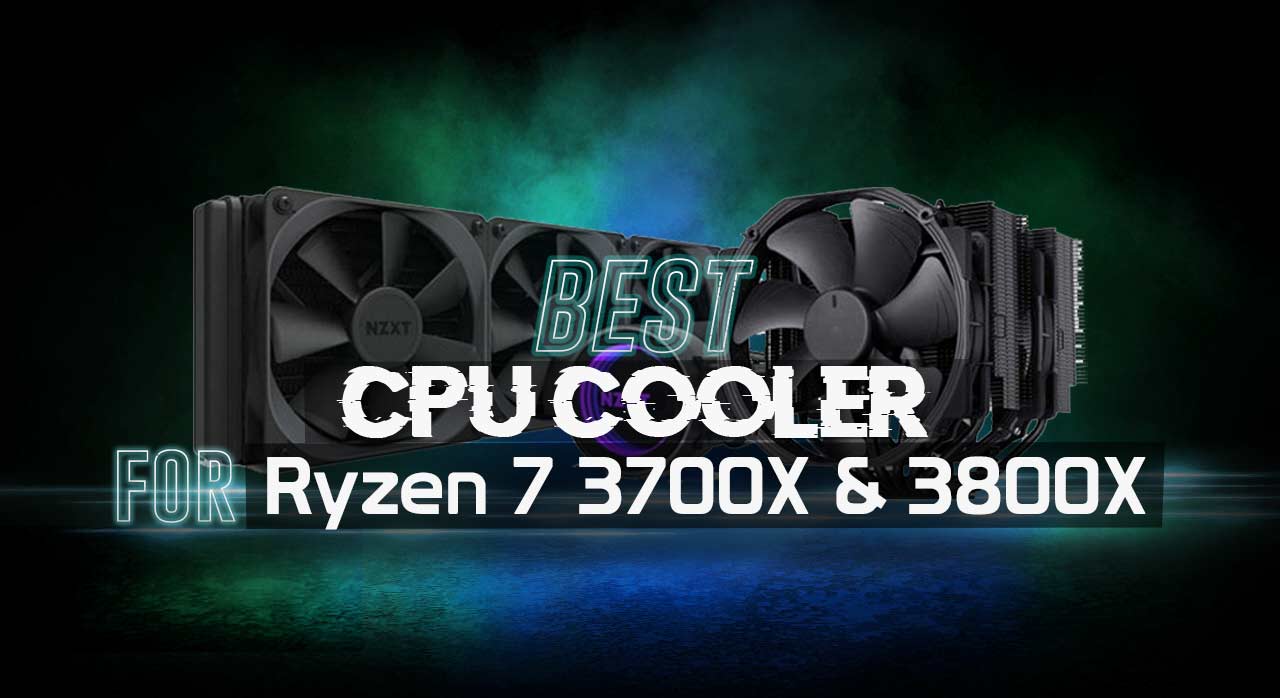 The Ryzen Zen 2 CPUs have taken an incredibly short time to become every gamer’s first choice for their build, and the performance reviews for these processors are proof that AMD is here to stay.

From the outside, the AMD 3rd generation processors seem identical to their predecessors but the improvement in overclocking speeds and power consumption makes it worth the money.

Built on the groundbreaking 7nm process, these CPUs show an impressive increase in Infinity Fabric speed which now boasts up to 2000 MHz, a 10% surge from the previous models. This makes it ideal for hardcore gamers since the new IF make these processors ideal for latency-sensitive games.

At a TDP (Thermal Design Power) of just 105W, Ryzen 7 3800X with its 8 cores and 16 threads brings ultra-fast boost clock speed that go up to 4.5 GHz and blazing-fast PCIe 4.0 compatibility beating Intel CPUs by a mile.

These Ryzen processors run at high frequencies, single-handedly managing gaming and streaming without clogging up or giving you a stutter performance. Given the mid-range price point that Ryzen offers, these CPUs are a smart purchase considering their array of features and long-lasting structures.

There’s no denying that advancements like the multi-core set up and high thread counts have made Ryzen a strong contender in the market.

But such power-packed CPUs tend to heat up quickly, and maintaining the temperature is essential to prevent any damage to your PC. And to do this, CPU coolers are your best bet.

These coolers help you dissipate heat from the system as quickly as possible, and can last for years, so making this investment will be a one-time deal.

Now if you’re looking to push the limits on these CPUs, the stock cooler may not suffice. To guarantee that you are getting the best performance out of all your components, we decided to list the best CPU coolers for Ryzen 7 3700x and Ryzen 7 3800x that perfectly get the job done!

In a hurry? Let’s take a short look at the summary of our CPU cooler picks.

Noctua is renowned for its quiet cooling fans, and their flagship NH-D15 is no different. It has two superior NF-A15 140mm fans with PWM support, providing automatic speed control that raises its efficiency.

These fans also provide extensive airflow to their surrounding components which is why NH-D15 ranks highly in terms of individual component cooling.

This time around, Noctua installed the heat pipes further apart, thus allowing the fan to distribute the thermal load equally and over a spread-out surface. Unlike other conventional fan coolers, the NH-D15 also has a dual tower design with a six-heat pipe installment that will cool the system much faster.

For easy application, the cooler comes with a thermal solution that is reliable and long-lasting, making the NH-D15 ideal for anyone who wishes to use water cooling for their PCs. It’s available in two colors; a dark beige-brown, and a pitch-black (not a lot of variety). With a six-year warranty, the NH-D15 is a great investment for a quiet and efficient cooling of your Ryzen Zen 3 build.

If you’re looking for a cooling fan that provides optimal cooling performance but doesn’t empty out your pockets, then the Mugen Rev B is a good purchase. It uses the Kaze Flex series for higher stability and performance, and is equipped with a PWM fan that can provide speeds up to 1200 RPM.

The design of the Scythe Mugen 5 Rev B uses a copper base plate and places the 6mm pipes along a slight gradient for efficient heat distribution. It also has a special oil film covering that reduces friction and vibrations, contributing to a long lifespan.

The Hyper Precision Mounting system also allows easy installation, and if you need extra cooling, the Mugen Rev B also offers space to mount a second fan. This revised CPU cooler is compatible with AM4 platform, so you’re all set for either AMD Ryzen 7 3700x or Ryzen 7 3800x.

We’re in the big leagues now! Durability, ultra-quiet performance, and a high-quality build are just some of the features that you get with the Dark Rock Pro 4! It provides a TDP rating of 250W, which means you can have hardcore gaming for long hours while the cooler maintains the temperature of the CPU.

The six-pole motors and sophisticated aerodynamic design optimize airflow, and the Silent Wings 3 provides a high level of air pressure in order to evaporate heat efficiently.

Builders who are fans of quiet rigs will also be happy to know that even at maximum performance, the Dark Rock Pro 4 has a mild noise that’s just 24.3 dB(A).

This model is built with seven 6mm heat pipes and uses ceramic particles that allow quick heat transfer across the surface area and aids in the evaporation.

Be Quiet has also been innovative this time by including small dots on the surface of the cooling fins, which is an impressive way to improve air circulation without including any other parts.

The fan cooler integrates an array fin design with plenty of headroom for RAM clearance.

The Dark Rock Pro 4 also owes its popularity among gamers to the black aesthetic that so many people find attractive. The jet-black color coupled with the aluminum brushed cover gives off an elegant vibe, an aesthetic that many gamers are after.

Considering Noctua’s experience with CPU coolers, it’s no surprise that their name appears twice on our list. The NH-L12S is quite subtle, so if you want the job done without buying anything flashy, then Noctua has you covered.

The cooler has a slim 120 mm PWM fan and is stalled below the fins, which means that the height of this cooler is just 70mm. Gamers also get an option to install an additional 120x55mm fan if they wish to get extra cooling.

Accompanied by the NM-I3 mounting kit, this cooler has an easy installation process for an mITX build. It also comes with a thermal solution designed to provide minimum friction to elongate the cooler’s life.

It looks like Noctua really believes what’s on the inside matters because the NH-L12S like the NH-D15 is more focused on performance than appearance. The cooler is a dull brown cooler, which may interfere with certain builds.

When it comes to liquid coolers, the CORSAIR ICUE H100i really steals the show. Sporting two 120 mm magnetic levitation PWM fans, this cooler can deliver speeds up to 2400 RPM and has a flawless airflow system with a silent operation that guarantees a cool CPU. Along with this, the H100i also has a 240 mm radiator with a broadened core that helps disperse the heat faster.

For this model, CORSAIR decided to use a cold plate and low-noise pumps that perform even when you overclock your system to the maximum. The Zero RPM technology also stops the fans completely at low temperatures, which contributes to the cooler’s durability. The mounting bracket that comes with the cooler also makes it very easy to install, saving you time and effort.

There’s also good news for the aesthetic builders! The Corsair H100i has 16 addressable RGB LED lights that can be synchronized with the rest of your system, and help you get that color coordination.

One look at this design is enough to convince you to buy this! The cooler reportedly went under a thorough designing process, and the results are impressive. It has a PWM controlled pump that has an exceedingly low noise level even during peak performances and consumes very little power. With a TDP of 200W, it can dissipate thermal build up incredibly fast, making it the ideal choice for build with either Ryzen Zen 2 or Zen 3 series.

The cooler consists of dense 38mm thick radiators and this allows for more water to flow through and cool the system. The fan is slightly diagonal and just 40 mm in size and operates without a sound (we know small fans are notorious for being noisy, but this one really proves itself).

The Liquid Freezer series is renowned for its compatibility with a range of systems, and the clean-cut look thanks to the tubing design makes the cooler the first choice on the market for the Ryzen 7 3700X.

However, if you want a perfect blend between CPU cooling performance and aesthetics, NZXT Kraken Z63 with it’s customizable LCD display and two PWM fans ticks all the right boxes.

In the AIO cooling system, it’ll be hard to find a better cooler than the S36 Prisma! This has everything you need, from geometrically designed fans for better airflow to LLS (Long Life Sleeve) fan bearings that allow it to work quietly. It boasts rotational speeds up to 2000 RPM, and has PWM control so once you’ve installed it, you won’t need to take care of anything else!

For distribution, the S36 Prisma has all the fan connections leading directly to the radiator, and this exudes a clean and fresh look with any loose wires hanging out. All the wires are tied in braided sleeves, also protecting them from any external damage.

The most popular reason why gamers love to invest in this cooler is because of how user-friendly it is. Firstly, the thermal paste for installation is pre-applied, thereby making it easy to install and a mess-free process. Secondly, the glass face featuring the backlit logo and addressable RGB LEDs means that it’s a great investment for people who want a fashionable cooler for their build.

We often get this question in our inbox. The best way to answer this is to first decide the purpose of your build. If it is going to be used to extreme gaming and content-curation, then we’d suggest going for an AIO Liquid cooler. However, if it is just going to be used for less-intensive gaming and productivity apps, then an AIR cooler should suffice.

Yes, both Ryzen 7 3700X and Ryzen 7 3700X come with a Wraith Prism OEM cooler. The performance of this cooler is pretty decent compared to other stock coolers, but if you’re planning on even going a the initial bar of overclocking, we’d recommend using a custom cooler.

If you’re a gamer who is a fan of overclocking, then this question answers itself. While processors already have a stock CPU-cooler installed, these tend to make a lot of noise which is distracting when you’re gaming. Not to mention, a noisy cooler really undermines the vibes of the build, and when you’re investing time and effort, then every component should be perfect.
But aesthetics alone is not why a CPU cooler is essential. If you are habitual of overclocking your PC, then you will need a strong CPU cooler that keeps your system cool. Otherwise, an overheated system is just an invitation for halting performance issues and an overclocked motherboard.
There are a lot of options for CPU coolers in the market, and our guide makes it very easy to choose one that meets all your requirements and is within your budget. There may be components where you can afford to cut back on, but a CPU cooler definitely isn’t one of them, considering how the absence of one can damage other expensive parts like the motherboard. 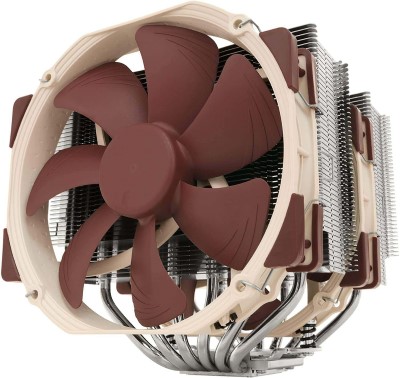 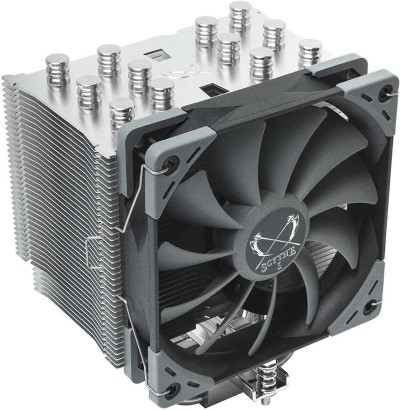 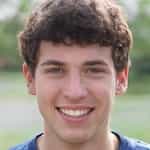