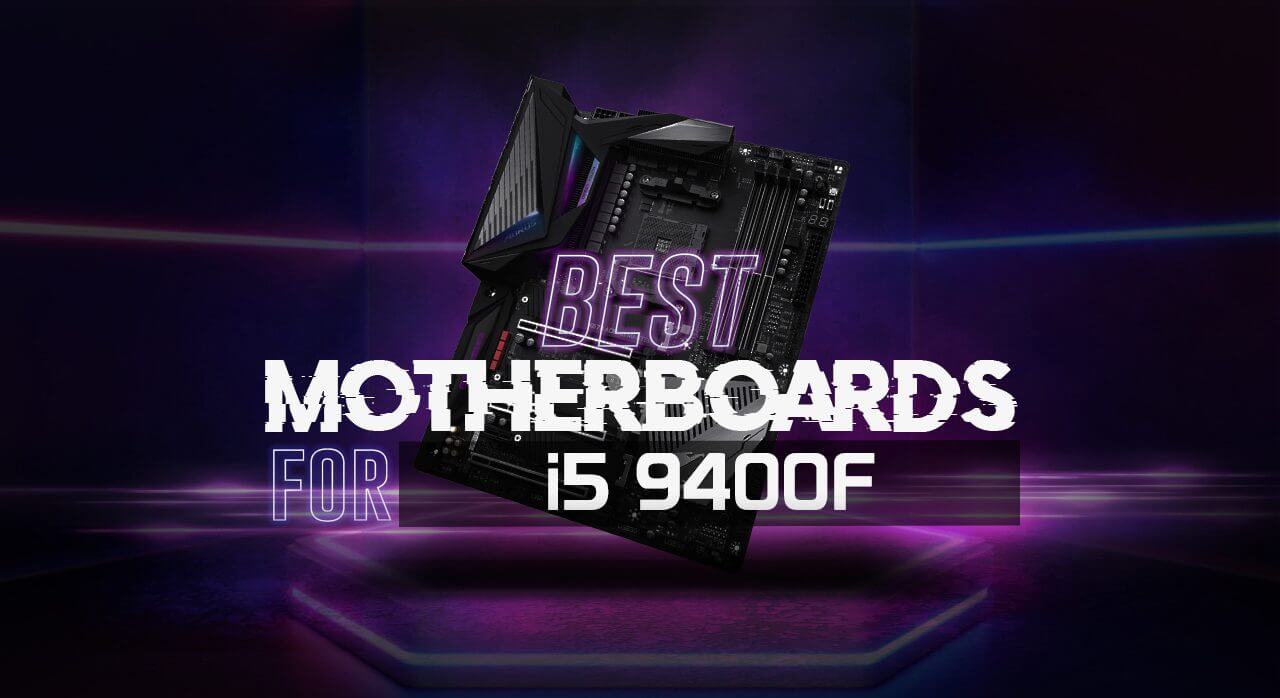 The i5-9400F processor may not be your perfect specimen of a CPU. However, there’s no denying that it’s still one of the best mid-range processors for gaming enthusiasts because it provides a decent gaming performance.

The i5-9400F is designed using Intel’s proprietary Coffee Lake microarchitecture. It lacks Hyper-Threading, but it compensates for this with its 6-core & 6-thread design. When it comes to its default boost speed and overclocking ability, it’s a slightly improved version of the older model, i5-8400. This processor has a default speed of 2900 MHz, and it can be boosted up to 4100 MHz.

Despite its lack of multi-threading and overclocking ability, this processor comes with the new in-built silicon protection, which prevents the system from overheating to the point of a meltdown. Aside from that, it also comes with both software and hardware-based mitigations for the L1TF and Spectre vulnerabilities. This makes i5-9400F a catch.

With the i5-9400F, there’s less impact on the overhead of software-based patches. Its speed won’t wow you, but at least its improved mitigations will give you comfortably better performance compared to what you would have gotten from older processors.

With the Coffee Lake microarchitecture, this processing unit comes with a STIM (solder-baser thermal interface material). This improves the spread of heat between the heat spreader and the processor’s die. This is in contrast with its earlier version, i5-9400, which came with a polymer-based thermal interface. It’s equipped with Intel’s proprietary Optane Memory support.

This processing unit works best with motherboards based on chipsets including:

The MSI MPG Z390 Gaming Pro Carbon motherboard was designed with performance in mind. It’s a very versatile motherboard because of its extensive compatibility with several Intel processors such as Celeron, Core, and Pentium. MSI’s array of high-quality motherboards rivals that of even ASUS. In addition, this motherboard comes with an incredible power delivery system plus a host of premium features that will compete well with other key players.

Its cooling solution comprises VRM heatsinks, under which lies a perfect VRM design. This VRM design provides the power essential to maintain stability in the i5-9400F processor during aggressive overclocks. In addition, the motherboard’s heatsinks and nearby metal components help diffuse the heat quickly from the VRM. This helps to keep the motherboard cool during heavy operations.

The MSI Z390-A Pro is not a high-end motherboard, but it’s undoubtedly a worthy budget offer. It provides decent power delivery, and it’s capable of handling the i5-9400F motherboard at its usual boost speed. It can handle some moderate overclocking as well. We don’t recommend aggressive overclocking to avoid destabilizing your PC setup. It’s the ideal motherboard for gamers or PC users on a budget as well as those who don’t perform heavy tasks.

The VRM design and power delivery are just about okay, but it will still get the job done. We also appreciate that a motherboard in this price range is equipped with some heatsinks for the VRM parts. However, we also advise that you refrain from over-tuning this motherboard manually.

When it comes to the video display options, this motherboard features a DVI-D and VGA port. A gamer or PC user can connect various displays to the motherboard with these ports. Besides, this motherboard is equipped with one M.2 slot, a small number of USB ports, and six SATA ports. While the connectivity options are not impressive, they are quite fair for this price.

When it comes to the appearance, the board is also satisfactory. It has a stealthy and subtle look. It lacks RGB lighting, which may be a turn-off to consumers who love aesthetics but will perfectly suit consumers who prefer a blacked-out gaming rig.

The specifications mentioned above and features make the MSI Z390-A Pro the best budget motherboard for i5-9400F.

Because of its small size, some features have been inevitably omitted. However, it compensates with certain features unexpected of a Mini-ITX motherboard. First, it comes with a single slot for PCIe and a pair of DIMM slots. It features a pair of M.2 slots, one of them is positioned at the rear to prevent more clutter on the PCB’s front. It’s also equipped with Wi-Fi, RGB, and Gigabit Ethernet. Finally, it features ports for display outputs.

For a motherboard of little size and space, the Gigabyte Z390 I AORUS Pro Wi-Fi is perfect.

This micro -ATX motherboard has a smaller size than other motherboards on the list. However, it features the same design and features as its ATX counterpart- the Gigabyte Z390 Ultra Durable. It’s a good budget purchase because it gives you the majority of the features of an ATX motherboard but at a lesser price. The Gigabyte Z390M has an average power delivery system. Its VRM design and overall qualities aren’t remarkable either; they are satisfactory enough to get the job done.

Still, the Gigabyte Z390M is well equipped for a budget-friendly motherboard. It lacks Wi-Fi connectivity but features a pair of M.2 slots, Gigabit Ethernet, six SATA ports, and multiple slots for PCIe. Furthermore, it also comes with two pairs of DIMM slots, which is impressive for a budget micro-ATX motherboard. PC users can also use it with old monitors thanks to its DVI-D feature at the rear. This is the ideal motherboard for PC users in the market for a pocket-friendly micro-ATX motherboard.

This MOBO deserves to be on the list as there is no better motherboard in this particular category. It’s the best micro-ATX motherboard for the i5-9400F.

It’s the only motherboard on this list to provide fins for its VRM heatsink. It’s also equipped with thermal pads on its backplate, enabling it to provide good thermal contact with the board. In addition, the 12-phase VRM is also of elite-quality, half of them are equipped with doublers, and they include the features of other motherboards. We dare say that the Gigabyte Z390 AORUS Ultra has better thermals than other motherboards on the list.

It features a digital processing power design comprising DrMOS and a digital PWM Controller. As a result, it can provide power to the most demanding and energy-sensitive components of the motherboard. It’s also equipped with RGB lighting and a superb audio system.

ASRock Z390 Taichi is the best overall motherboard for i5-9400F because it has the best price to performance ratio of any motherboard on the list. The VRM design of this motherboard is a level above the standard VRM design common with other Z390 motherboards. Though it’s not inferior to high-end Z390 MOBOs such as the Asus ROG Strix Z390-E, it’s more than capable of handling the i5-9400F processor boost speed or overclocks.

This motherboard boasts many enviable features that make it a favorite for PC users and gamers. It’s equipped with 3 M.2 slots, which is very impressive for a motherboard of its caliber. It also comes with six SATA ports, several USB ports, and Gigabit Ethernet. Although it lacks Wi-Fi, this isn’t a big deal for a mid-range motherboard.

The design isn’t also really impressive. However, some users may not be too keen on how it appears. Though the boost speed is 2.13 GHz, it can overclock to a maximum boost speed of 4200 MHz. Finally, it doesn’t have RGB lighting for aesthetic effect.

This motherboard performs excellently in several departments. However, its major selling point lies in its amazing power delivery. This motherboard has a healthy-looking VRM design that’s more than capable of supporting the i5-9400F processor even while it’s overclocking. The performance of this motherboard is why it’s a favorite among PC users. The boost speed is 2133 MHz, but it can smoothly overclock to 4266 MHz.

This motherboard is equipped with several USB ports on the internal headers and the rear IO when it comes to wired connectivity. There’s also Wi-Fi for wireless connectivity and Gigabit Ethernet, which gives you options for better connectivity. For storage, it comes with a pair of M.2 slots and up to 6 SATA ports for installing memory drives.

The only downside with this motherboard is its high price. However, it’s the ideal motherboard to consider if you intend to use your PC or gaming setup for a long period before doing an upgrade.

Our top recommendations for the i5-9400F from this list are the ASUS ROG Strix Z390-E and the MSI MPG Z390 Gaming Pro Carbon. They are the very best of the bunch. They are closely followed by Gigabyte Z390 AORUS Ultra and the ASRock Z390 Taichi.

For pocket-friendly options, we recommend the Z390-A Pro, Gigabyte Z390 I AORUS Pro Wi-Fi, and the Gigabyte Z390M.

Our Review Process: Why You Should Trust Us

Here at OvrClock, we are committed to keeping our editorial and product recommendation processes completely independent from our monetization — so, you can always be sure we are recommending the best PC Parts for you without any partiality.

The OvrClock team has been reviewing all parts of a PC build for years now, and we use our expert opinion and experiences when making recommendations. We try to get our hands-on and actually test all of the products we recommend, in addition to the dozens of alternatives that are not on the final list. This allows us to provide insights beyond what you can find from reading other online reviews, and get a true and more clear understanding of the best options. Our diverse team and vast experience also allow us to highlight each product’s ideal use cases, as well as the perfect customer profile for any given product.

For Motherboards, we test things including but not limited to: power delivery setup, base and overclocking speeds, ports, audio and Wi-Fi connectivity, and RGB customizability, among many other factors. Our experience allows us to translate these insights into actionable conclusions and purchase recommendations for you, without you having to test all the products, or having to sift through piles and piles of data from our motherboard testing. All of the recommended motherboards and dozens of others not in this roundup have been tested with an Intel Core i5-9400F processor, and the aforementioned motherboards have been shortlisted based on their stellar performance with the Intel Core i5-9400F processor.

For any questions about our product selection and recommendation process, feel free to contact us. 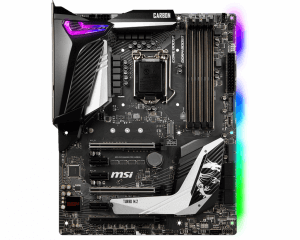 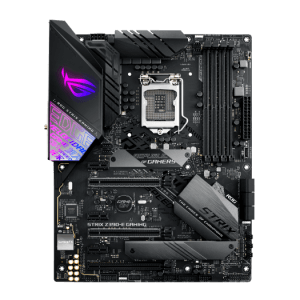 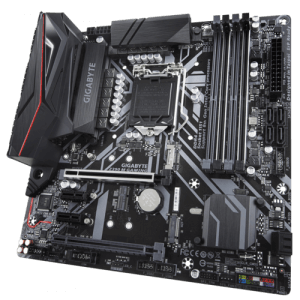 The best motherboard for the i5 9400F in our team’s testing was the MSI MPG Z390 Gaming Pro Carbon, which delivered superior performance compared to all other motherboards we tested with the i5 9400F.

The F at the end of the ‘i5 9400F’ means that this processor comes with a disabled integrated GPU. For this specific processor, this means that the Intel UHD Graphics 630 unit is disabled, and thus the i5 9400F requires an external GPU.