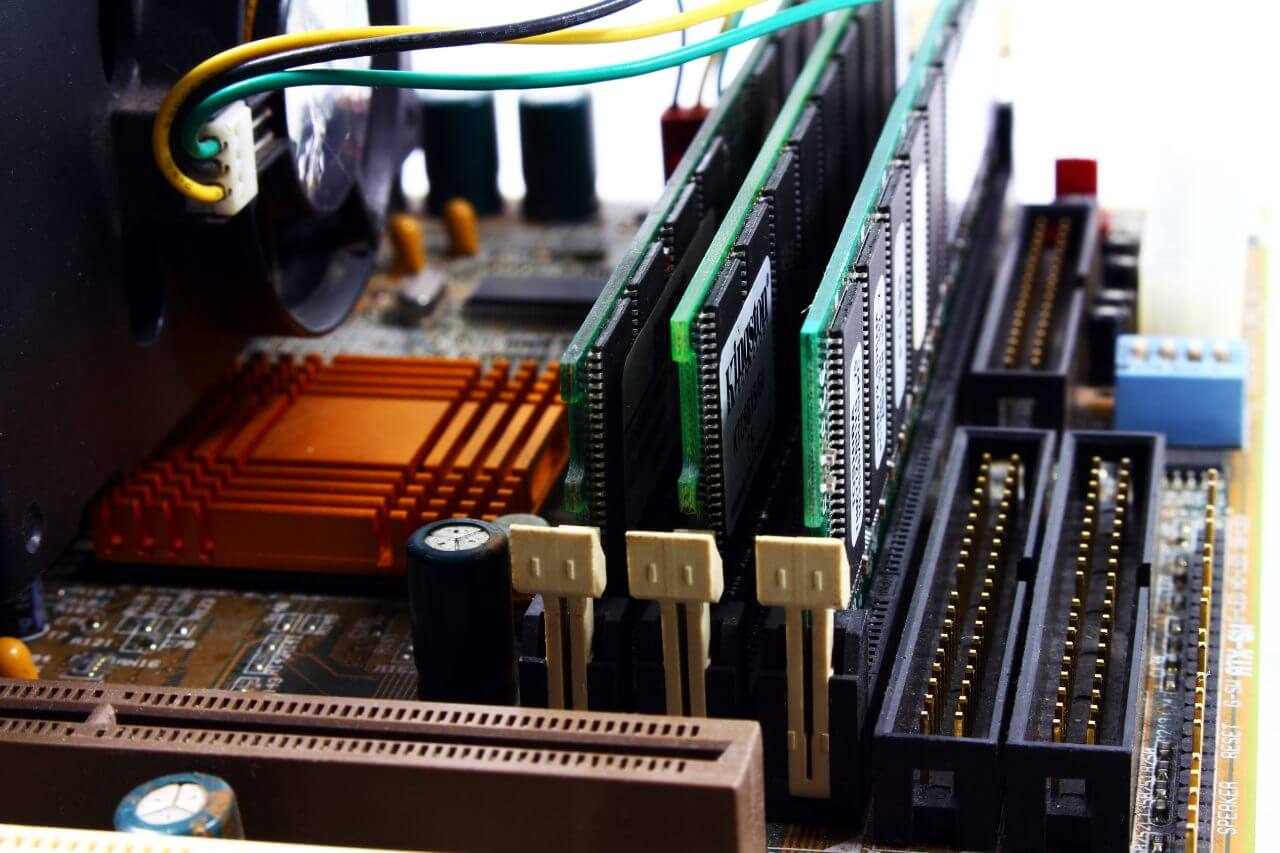 Heat management has been a crucial part of computer development since its inception. In the past, the vacuum tubes and transistors of mainframe computers generated so much heat during operations, making them uncomfortable machines for many people. Thankfully, successive generations have improved on the concern significantly.

However, heat generation in computers remains a challenge in the modern era. While your new PC won’t heat the entire room, its processors and motherboard can still rise to dangerous temperatures. When that happens, you may notice several adverse effects.

Effects of a Motherboard Overheating

Your PC is expected to run a bit hot when in use, but the temperature should drop once you shift to a lighter program or operation. The problem arises when your computer’s temperature keeps increasing, reaching inoperable levels. When that happens, you’ve got to do something about the situation quickly.

But what happens to the motherboard and its component when a computer overheats? You must understand that high heat causes materials to expand, and your motherboard would begin to show expansion signs over time. When the board expands to a point, it begins to lose its conductivity, causing further temperature spikes.

Signals would no longer carry across the board in the latter stages of a motherboard overheating. That renders the unit useless for the computer.

Ways to Tell that a Motherboard is Overheating

While you can tell that your computer is running hot by touching it, chances are your motherboard is frying up at that point. Before it gets to such critical stages, it is essential to identify the signs that your PCB is overheating.

One of the telltale signs of an overheating motherboard is the PC shutting down randomly. The internal thermostats are picking up high temperatures on the circuit board, and the random shutdowns make cool things down a bit. Also, you may experience freeze-ups and malfunctions while working on a program. It is often an indication that high temperatures are altering the internal component’s performance.

For PCs with a cooling fan, you might also notice loud spin noises and rattling after the computer opens an application. Most likely, the fan is trying to contain an overheating problem on the motherboard. Other ways to identify a motherboard overheating are:

The Blue Screen (of Death)

If you use a Windows-powered PC, you may be familiar with the “blue screen of death”. It is when the OS crashes, and the computer gives a diagnostic error on a blue full-screen page. One of the leading causes of the blue screen is an overheating motherboard. If you’re running a particularly demanding task like video encoding and decoding or high FPS gaming, your computer’s motherboard might overheat, causing Windows OS to crash.

Your computer informs you that the motherboard is overheating through various error messages. It’s best to pay attention to these warnings to take the right step and keep the heating issue from escalating. One such error message is the “fan error” message on the screen. It indicates that the cooling fan can no longer keep up with the rising motherboard temperatures. Error messages indicate a major or minor component malfunction due to excess heat.

Tips for Managing an Overheating Motherboard

After identifying how your motherboard can be overheating, the next logical step is to seek ways to manage the situation. You’d want to cool down the board and keep the temperature within safe limits. Below are tips that can assist you with the process:

You can quell an overheating motherboard by allowing proper ventilation around the computer. Overheating often results from a heat buildup, with nowhere to pass out of the motherboard area. Adequate air circulation carries away most hot air and replaces them with a cool one. That drops the temperatures significantly.

Therefore, it’s best to ensure that vents and cooling fans are unclogged and well-cleaned. Also, avoid blocking off the vents when the computer is in use. Routinely clean out the CPU and other removable components on the motherboard that might collect dirt over time.

Also, you can swap out the heatsink for a cooling fan if it doesn’t reduce the temperatures.

Your motherboard overheating issue might be software-related. When that’s the case, updating the BIOS might solve the problem. Simply head over to the motherboard’s product page and check for the latest BIOS update. Complete the update and do the same for the BIOS driver for the operating system.

A CPU gets overclocked when it runs faster than its standard rate. As you might expect, the added performance comes with a trade-off in heat dissipation. As such, an overclocked CPU contributes to an overheating motherboard.

It helps when you disable the overclocking mode for the processor, which significantly cuts its power demand. If you’d like to use an overclocked CPU, buying a higher-end motherboard that can accommodate the hotter footprint is best.

The motherboard holds all the other computer components in place. Due to its position within a computer, the motherboard can negatively affect the processor, RAM, and radios when it overheats. Our tips above can help identify and avoid the common motherboard overheating issues that affect modern computers.