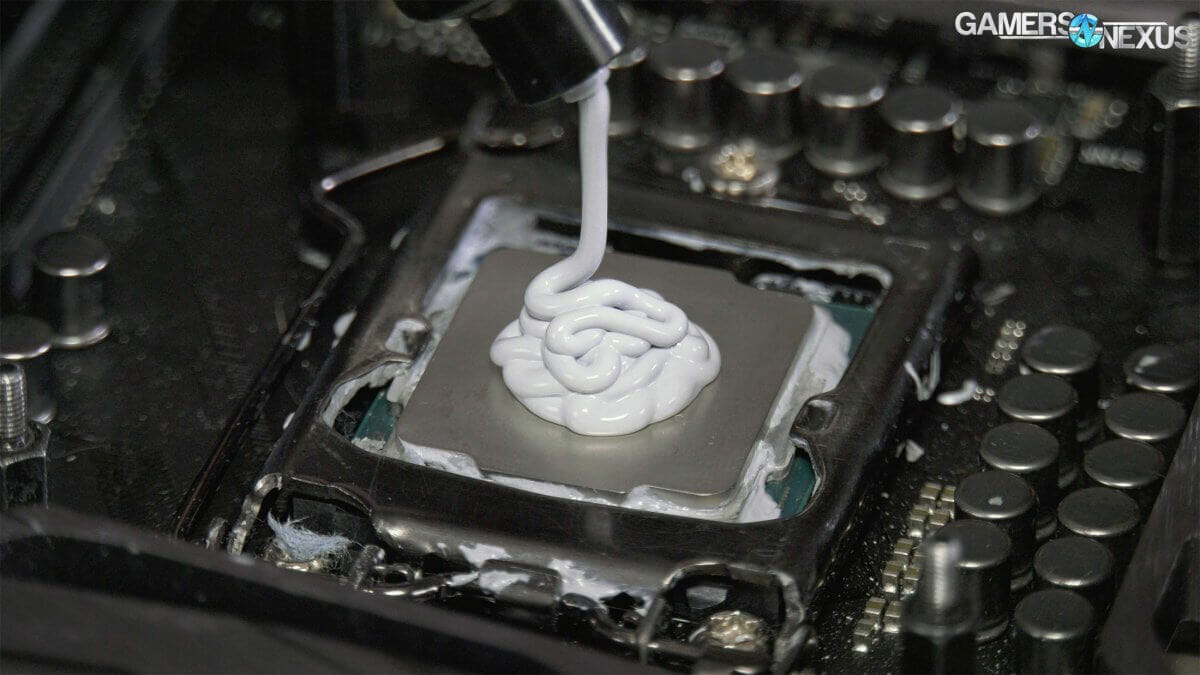 Many PC users are familiar with the functions of thermal paste in a computer. Essentially, it’s a heat-conducting paste that lets the user keep their PC’s CPU temperature at its optimum level. You can either apply thermal paste to the chipset or buy the pre-applied paste component out of the box.

However, it’s worth noting that thermal pastes are only necessary for the CPU in a computer. As such, you might be wondering what would happen if the substance touches the other components on the motherboard.

Effects of Thermal Paste on Motherboard

Thermal pastes are conductive substances that help the computer dissipate when in operation. Typically, the paste gets applied to the processor since it’s the electronic component that tends to generate the most heat on a motherboard. Also, you can find thermal paste on the heat sink in other configurations. In its correct application, the thermal paste can transfer heat around the computer to maintain a safe operating temperature.

However, thermal pastes can have a negative effect on your PC’s motherboard when applied wrongly. When in the wrong position, the substance can severely affect the longevity of your motherboard’s components. The general recommendation is that the user applies the minimum amount of thermal paste – less is better.

The thermal paste can also cause short circuits and disconnections when you spread it excessively on the heat sink or processor. That’s why manufacturers try to pre-apply thermal pastes on their motherboards, often in a quantity that is safe and adequate.

When do you need to apply a new coat of thermal paste on your motherboard’s CPU? Users may need the paste whenever they swap out their motherboard unit, as the new processor needs a reapplication of the thermal compound.

However, such methods are optional. You won’t need to reapply thermal paste if you open your motherboard without altering the processor. Another premise is that you’ll need a fresh coat of the compound whenever the old one gets exposed to air. In such cases, air bubbles tend to get trapped on the surface of the paste, rendering it ineffective.

Dried-out thermal pastes are also a condition in which you must reapply some of the compounds. You can clean the old coat with a cloth and some alcohol. It would help to target the tiny grooves on the CPU for the best results.

How to Properly Apply Thermal Paste to a Motherboard’s CPU?

You must remember that thermal pastes require gentle care when handling and applying them. That’s because they can damage your motherboard otherwise. Therefore, it’s essential to get the right brand of the compound for the most effective result.

In addition, try to stay away from substitutes like toothpaste, as they tend to dry out faster and further damage your computer. Below are some of the steps to correctly apply some thermal paste onto your CPU:

How to Clean Off Thermal Paste from Motherboard?

Whether you’ve accidentally spilled some thermal paste on your motherboard or want to replace a dried one, you’ll need the right cleaning materials to get the right results. You can find several branded thermal paste cleaners online, but they are often expensive for the average PC user.

Alternatively, isopropyl alcohol is another excellent option for cleaning thermal paste off your motherboard. It’s relatively cheaper than branded cleaners and won’t harm your PC’s electrical components. Below are steps to a proper thermal paste cleaning:

Other Thermal Paste Points to Note

You can use thermal paste on your motherboard’s CPU in various sizes and compositions. The most common alternatives on the market are conductive and non-conductive compounds.

On the other hand, non-conductive thermal paste can’t conduct electricity, making it slightly safer than the conductive option. However, non-conductive pastes tend to hold on to the heat for longer, necessitating a more frequent change than other alternatives.

Also, you can tell thermal pastes apart by their physical differences. Conductive compounds are often made from silver and would have a thick and shiny consistency. Conversely, non-conductive pastes are a mix of zinc and silicon with a slightly thinner flow.

Thermal pastes are useful for heat management around the computer’s CPU. They help draw away the excess heat generated when the processor is in operation, ensuring the process is safe for the user.

However, these compounds are potentially harmful to your motherboard, primarily when used incorrectly. Also, thermal paste on motherboard components other than the CPU can shortcircuit the unit and destroy it instantly.

Luckily, we’ve highlighted the steps to correctly apply some thermal paste on your motherboard’s CPU, as well as handy information on the types of thermal pastes you can get.