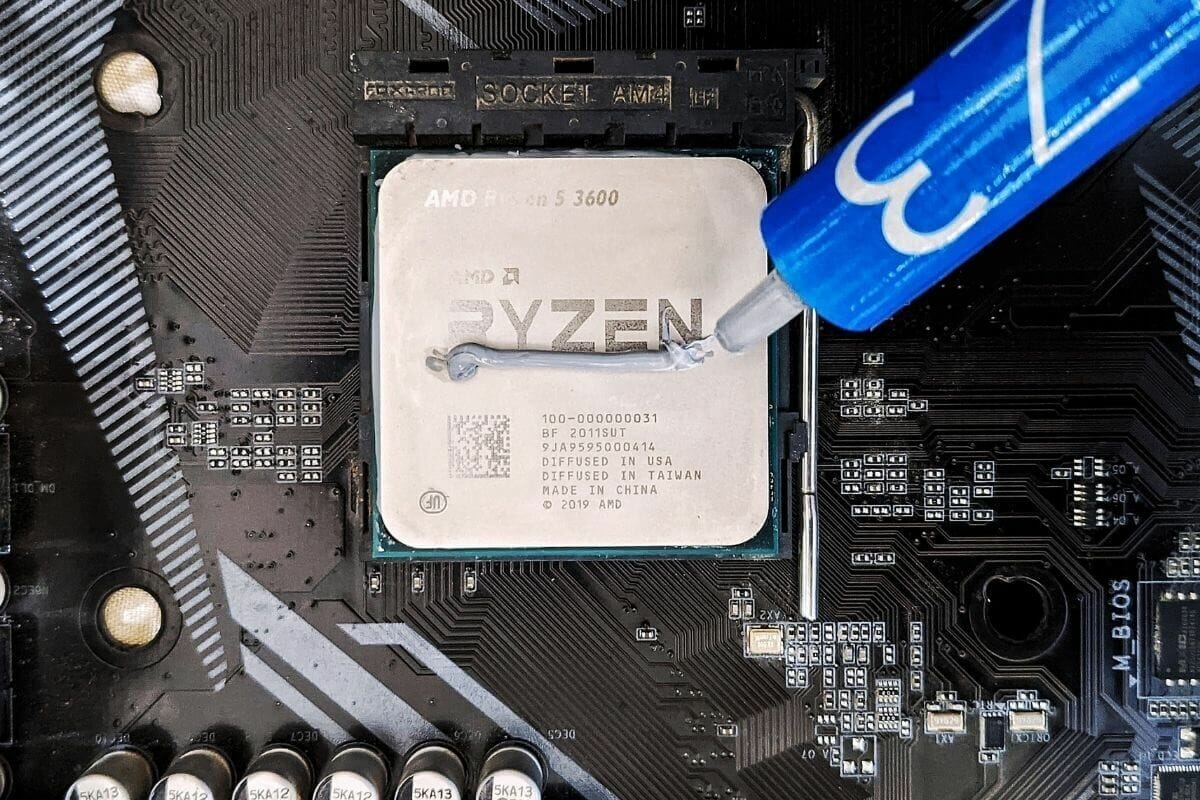 Thermal pastes are handy mixtures that you can apply to your CPU and GPU to help them dissipate more heat and work more efficiently. It often goes on the contact between the chipsets and their cooling fans. Many PC users may want to know if thermal pastes have some shelf life.

Does thermal paste expire? If so, how long does it keep? While it might look like an interminable lab chemical, a typical thermal paste can go bad like most medicine and food items. Therefore, it is essential to know when that can happen and prepare for it.

Expired thermal pastes can spell danger for your chips, causing them to overheat and wear faster. In worst cases, you can burn the CPU or GPU, and that’s why we’re highlighting the essential tips you need to know about thermal pastes in this article.

How long does Thermal Paste Keep?

According to most thermal paste manufacturers, the compound should stay functional for five years. However, such numbers are hugely dependent on several conditions, some of which are temperature and weather conditions. For example, if you store your computer in a cool and dry environment, your thermal paste may hit the 5-year mark before it goes bad.

How to Identify an Expired Thermal Paste?

There is no scientific way to tell that a thermal paste syringe gas expired, as the mixtures of the compounds vary from manufacturer to manufacturer. However, you can check by putting some of it on a metallic surface and spreading it to see if it still has a smooth consistency.

If you notice that the spread breaks off or has a watery consistency, it might be a sign for you to throw out the tube and get a new one. Using runny or clumped-up thermal paste on a chipset can damage it.

Popular thermal paste manufacturers like Arctic Silver, Noctua, and Corsair try to include preservatives in their thermal paste mix. In general, if you haven’t opened your thermal paste since the last time you applied it, there’s a good chance that it might still do the job.

When to Replace Thermal Paste?

Another critical consideration regarding thermal pastes is how often you’d need to replace them to maintain your computer’s functions. Several opinions exist on the frequency with which you need to change your thermal paste, but two scenarios stand out that might help you.

The first recommendation is to replace the thermal paste every time you remove the heat sink from the chipset and expose the existing spread. That might happen during a PC or motherboard wipe-down. The logic is that the current thermal paste gets exposed to air, making it less effective over time.

Therefore, you can clean the spread and apply a new one to ensure that the heat dissipation rate doesn’t get compromised.

Some experts suggest that you have to change out your thermal paste every three years or less, regardless of touching or opening it up to the air. While we think that anything less than three years is too frequent for anyone, it helps when you replace the thermal paste on your board periodically, especially if it’s a prebuilt PC.

PC manufacturers have the unsavory habit of cutting costs whenever they can, and the single most common victim is the thermal paste they apply to the CPU. Unfortunately, it is often of lower quality or less spread. As a result, replacing it with quality and sufficient thermal paste gives significant gains to the overall performance.

If you store it properly, you may not have to worry about your new thermal paste expiring. Also, the correct storage can prolong the mixture’s lifespan and save you money.

Below are the standard steps to properly storing thermal paste:

Thermal pastes are essential to your PC’s chipset, and their absence could cause massive malfunctions. However, you might worry that the thermal mixtures might expire and become ineffective. The tips we have above can give you a better understanding of how thermal pastes work and how to keep them.

However, if your thermal paste expires, it’s best to replace it immediately. The mixtures are often inexpensive, so you can quickly swap them out to keep your CPU’s optimal performance.

How Bad is Thermal Paste on Motherboard Components?

How to Clean a motherboard the right way?