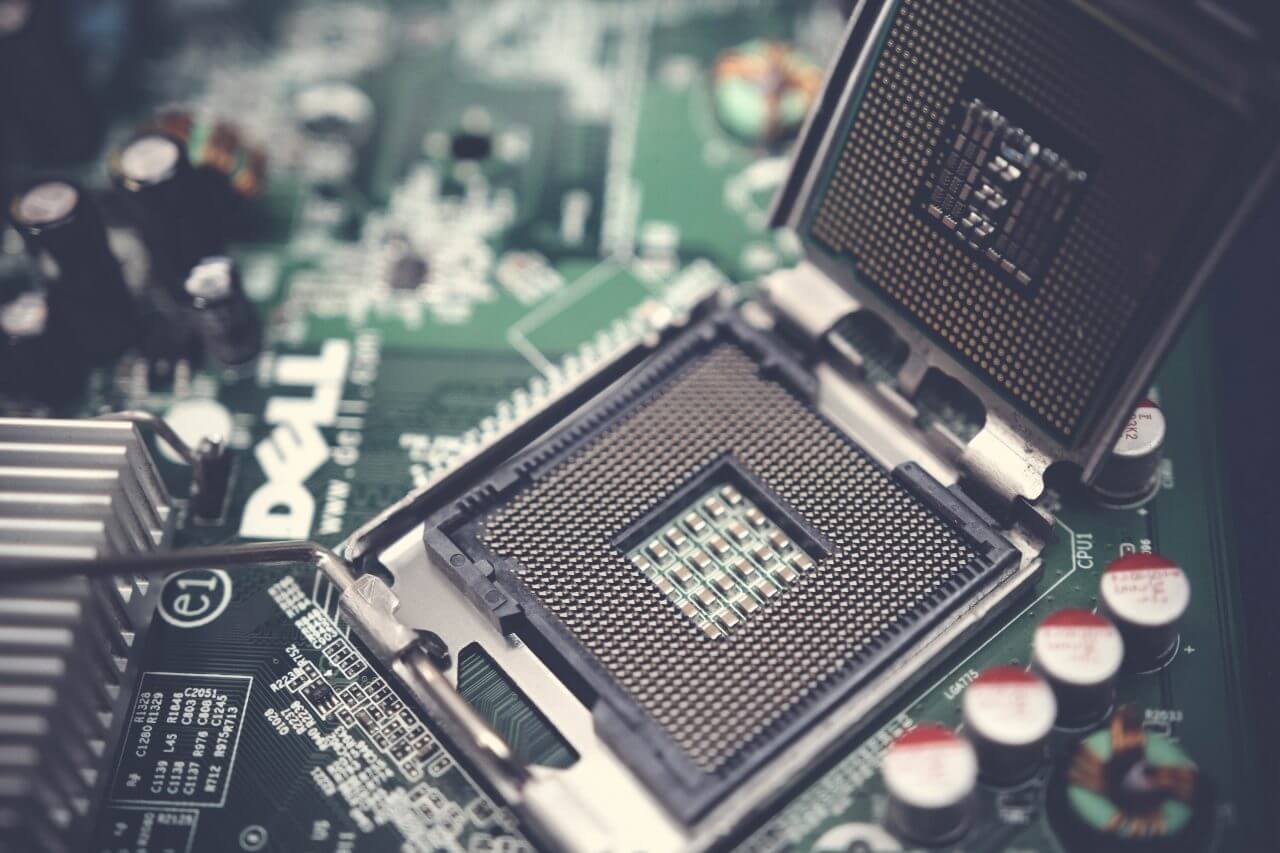 Computers are efficient machines that can process everyday mathematical and logical tasks. At its heart, a computer manages all its electronic components from the motherboard. Due to most fabrication processes, a PC’s motherboard often has a green shade.

If you’re curious, you might wonder, “why are motherboards green?” Indeed, it’s an interesting question, given how ubiquitous a green motherboard is in today’s world. Thanks to the color, anyone who sees a motherboard unit immediately recognizes it to be an electronic device with tiny components, even for the first time.

But why the choice of green? Can you have your motherboard in another color? This article takes a deep dive into the origins of the green color on electronic boards that power almost all computers and some industry alternatives.

The History of Green Motherboards

Why are motherboards green? While you might think it’s a trivial question, there’s a logical explanation for the color choice for most motherboard units. To grasp the context correctly, it’s imperative to start the discussion from where it all started.

In the late 1960s, manufacturers began to use the Surface-Mounted technology to assemble motherboard components. The process required that the board is coated in a special resin with a dull brown color after application.

The hardened brown resin didn’t always look aesthetically pleasing, and the engineers thought to add some dye to it before painting it on the circuit board. That step gave the resin the green hue we’ve all come to identify.

Then, the semiconductor giant Intel popularized green-colored motherboards by making them standard across their lineup. This move made the industry accept the green color as of a higher quality than the traditional brown and black in use before the 60s.

The other explanation for green motherboards is slightly more technical. When mass production for circuit boards began for the first time, technicians had to apply each component to the board manually. They had to handle tiny parts and spaces throughout the process, and the brown hue of the resin on the board caused significant eye strain.

Optical specialists did their research to remedy the problem and found out that the green spectrum caused less eye strain. Also, technicians could detect components and pathways more clearly with a green circuit board background.

The legacy of the green color on motherboards lives on to this day, but users now have other color options. Newer PC casings and the demand for more computer customizations are the reason behind that.

Now that we’ve gone over the reasons for the green color on motherboards, you might want to know if it’s possible to get a circuit board in other colors. The following are some of the notable alternative colors your next motherboard can have:

The blue color is one of the other options that motherboard manufacturers use on their units. It’s got higher aesthetics than green, primarily when it features on a label-heavy motherboard. Also, motherboard brands use blue to make specific models stand out from the rest of their lineup.

However, it’s worth mentioning that blue motherboards don’t provide as much legibility as green ones due to their lower contrast. That means you might need magnification when inspecting your board.

Red is another color choice for modern motherboards. It’s an excellent option as it offers one of the highest contrast possible, second only to green. As a result, you can read markings and labels on a red motherboard.

The red color was initially used for motherboard prototypes and other units not intended for the final user. However, customers caught the fad after a while, and you can now buy a motherboard in red.

White is a rare motherboard color that you can have. Manufacturers typically don’t choose the color, as it makes component placements and labeling more complex. As you might expect, white motherboard coating offers little to no contrast for the white inscriptions on the board.

However, you can have the manufacturer make the colorwork for your preference, but it would be more expensive than other color options.

Black might be a direct opposite to white in other applications, but both colors are similar when it comes to motherboards. Manufacturers find it more expensive to dab the board with black, as it makes lettering a bit more challenging. Black motherboards require magnification and good lighting for proper inspection.

Perhaps the most significant feature of the black color on circuit boards is that it absorbs more heat than other hues. What’s more, dirt tends to stick to the color for much longer. Therefore, you’ll have to pay more attention to cleaning and cooling systems than you would to other color options.

Interestingly, you can have your motherboard in other colors as well. Users can pick fun colors like purple, lime, and orange. However, it’s worth mentioning that these color options are often aftermarket additions rather than an out-of-the-box affairs. Also, you can commission the manufacturer to coat your motherboard unit with any custom shade you prefer.

Honorable mention goes to the yellow color. The option is almost as good as the conventional green color in terms of contrast. However, it failed to gain popularity due to its tendency to fade to an unsightly brown after several years.

Are Motherboard Colors Any Helpful?

While colors are a defining feature for motherboards, they don’t affect performance in any form. That means you wouldn’t get a performance gain or loss if you decide to get your circuit board in a different shade.

However, motherboard colors only serve an aesthetic purpose in the computer. For instance, gamers with see-through PC cases can choose a fancier color for their motherboards since they and others can see and appreciate it.

Other Points to Note

While trying to answer the question, “why are motherboards green?” You must also note that manufacturers paint all circuit boards according to models. But what’s the difference between a circuit board and a motherboard?

In that sense, both concepts are similar, with motherboards being a subset of circuit boards generally.

Furthermore, a motherboard needs a solder mask, regardless of its color. The compound protects the board from damage from solder points. It also prevents each solder pad from rusting and solder bridges (a situation where two solder points get connected with excess material.

Solder masks can protect your motherboard from short circuits that can burn and disfigure the unit’s color.

Pop open a PC, and you’ll most likely see that it has a rich green color. Why the color option? The answer has to do with aesthetic value and ease of production.

For anyone wondering, “why are motherboards green?” it’s because the previous brown color caused the motherboard technicians some difficulty. Also, green looked much better, and the industry stuck with it when Intel made it mainstream.

As you’ll see in the piece above, you can also have your motherboard in other colors.