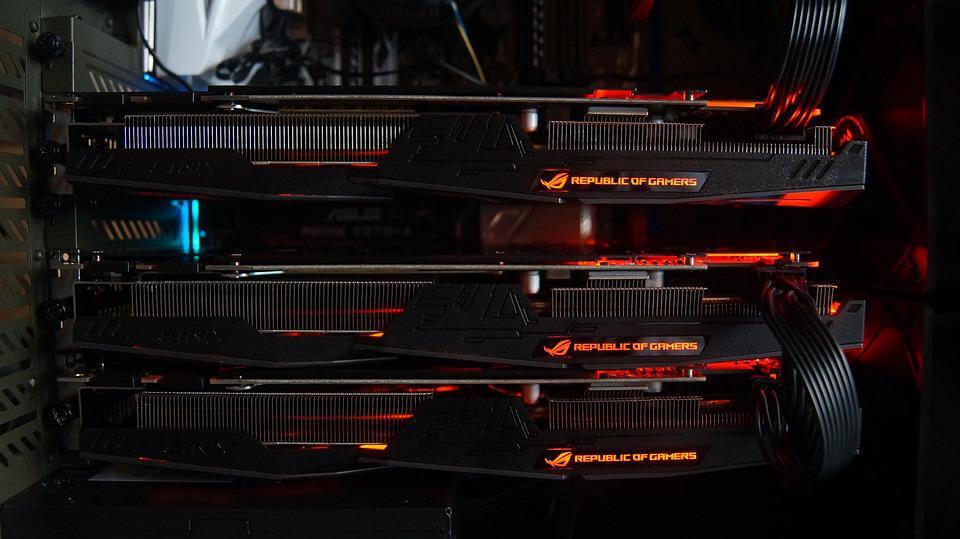 Gaming PCs are a niche set of computers that have recently become popular. They are systems with more processing and graphical power to handle modern gaming titles specifically.

For some time, one of the terms you can hear among gaming PC owners is multi GPU support. It’s the process of connecting more than one graphics cards to the computer to give it more power to handle demanding titles.

However, things have changed slightly, and you might have to consider some questions. What is multi GPU support? Does my PC need it? This piece highlights the overview of multi GPU setups and the future of high-end gaming PCs.

Put simply, multi GPU support is a situation where a PC can accommodate two or more graphics cards and make them work simultaneously to power graphics-intensive tasks on the computer. The motherboard determines whether a desktop will have multi-GPU support, as the component might include extra slots to connect other GPUs.

Expectedly, two or more GPUs running simultaneously will give you a massive boost in power-hungry tasks like gaming and video editing.

The Future of Multi GPU Support

With the rapid development pace of computer components, computers are getting faster and more powerful out-of-the-box. What does that mean for multi GPU support? You might no longer need to install multiple graphics cards on a PC, as modern GPUs now have massive processing power to handle the most graphically intensive games currently available.

Below are other reasons multi GPU support has become a less-talked-about computer feature.

Multi GPU support can get prohibitive when you consider the cost. Fitting your computer with two graphics cards means you’ll have to shell out a lot more money than most people have the budget for. For example, Nvidia GeForce GPUs can set you back close to $2,000.

High-end AMD Radeon GPUs are also within the price range. These MSRPs are already expensive for each unit, and buying two would stretch your budget further. Even more, it might now be the most cost-effective way, especially when you consider the other components (CPU, motherboard, storage) that you might need to upgrade with the money.

The high cost of implementing multi GPU support has deterred gamers, as it’s much better to use the money to improve the entire gaming PC setup instead of a single component.

If your PC has multi-GPU support, it doesn’t mean you have to install two graphics cards. If you do so, you’ll have to deal with the increased heat your PC would generate.

Multi GPU setups can generate excessive heat such that standard cooling fans and heat sinks might be unable to keep up. Even if you have a large casing for the components, ventilation might still not be enough to keep the heat in check.

In such a case, your PC would experience thermal throttling and performance drops. If not properly managed, some of the components also risk physical damage. The heat implications of a Multi GPU setup are somewhat ironic: the excess heat would force the multiple graphics cards to operate on a much lower performance than you might get with a single GPU setup.

Even worse, you have to spend more trying to cool the system with the water-cooling solution.

You must note that graphics cards need software support to help them achieve their full potential. It’s when developers optimize the component to better games. The problem with multi GPU setups is that they often get little to no software optimization or support. That means you may not fully enjoy the extra graphical power the multi-GPU support intends to give you.

Also, most games are built to take advantage of modern chipsets that are more powerful and effective for gaming. As such, multi GPU support may seem like overkill if you try to use it to handle more titles.

Did you know that GPUs draw immense electrical power to work? The power requirements for multi-GPU support are cumulative, as each of the connected GPUs draws its required volts. In the end, the total power amount you’ll need to power the GPU may be enormous, and you may not meet up.

Typically, multi GPU setups can draw power over 1000 watts. While providing such a massive amount of electricity is possible, it’ll be many times more expensive than average.

While the above points indicate that multi GPU support is becoming obsolete, the logic in the modern computer world is the biggest drawback against multiple graphics cards.

In the past, multi-GPU support was reasonable, as chipsets and graphics cards were underpowered. They needed to combine their clock speeds to achieve higher performance. However, things have changed drastically, and GPUs have become powerhouses that can handle most tasks right out of the box.

As such, you wouldn’t need to stack up GPUs, as they already have more than adequate power. If you go with a multi-GPU-supported PC, you’ll have to deal with the added bulk that might hinder the gaming experience it intended to improve.

How to Set Up Multi GPU?

Below are the steps necessary to get multi GPU setups for your PC:

Multi GPU support is a conventional concept in the gaming PC world, and you can use it to get more power to play your favorite games.

However, thanks to the rapid development of in-stock graphics cards, the need for multiple GPUs is becoming less today. Generally, you can get a single graphics card that’s powerful and effective enough to handle any gaming title you throw at it.

Therefore, you might not need to set up multiple graphics cards, as the performance you’ll gain might be minimal. On the other hand, the cost and increased heat generation might be too much for the effort. Manufacturers are encoding their newer graphics cards such that pairing in a multi GPU support would be unlikely.

We’ve highlighted what it means to implement multi GPU support on your PC and the future possibilities. Also, you’ll find the steps on setting up multiple graphics cards to ensure that you get a smooth and effective performance should you decide to go that route.