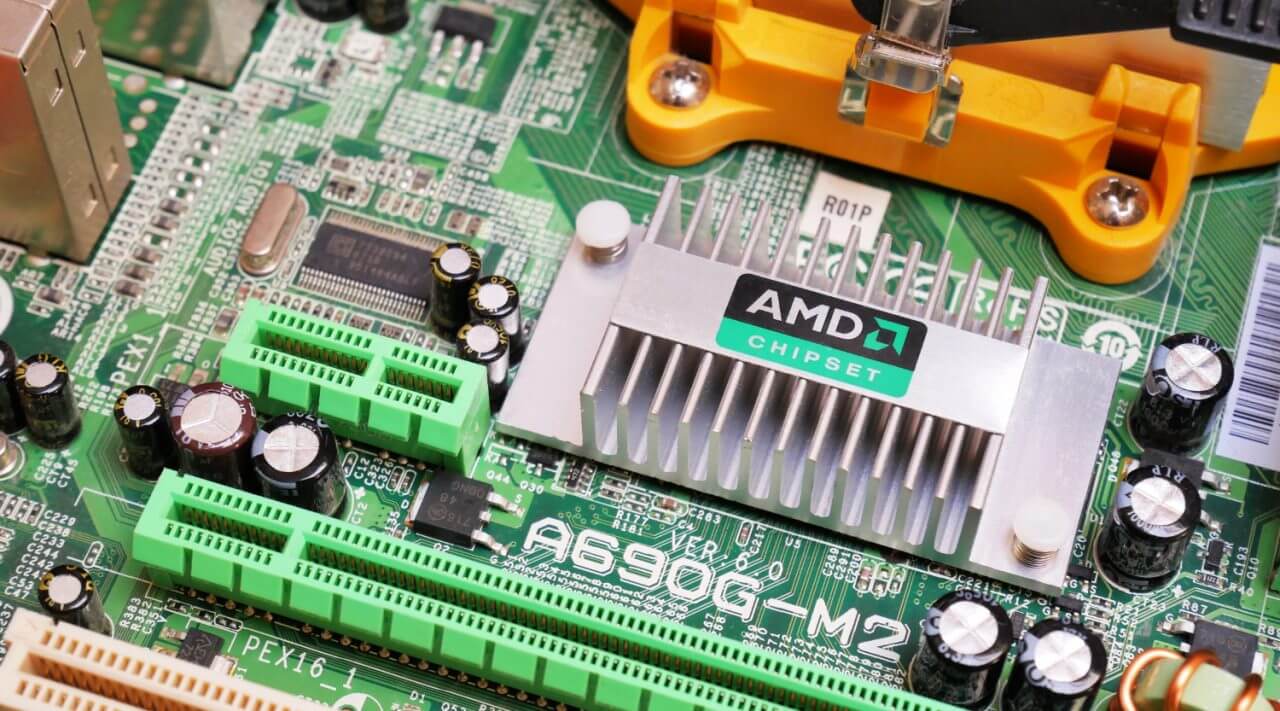 Motherboards are the foundation on which other computer components live. Therefore, they are perhaps the most important aspect to note when picking, or building, your next desktop computer. A motherboard’s chipset facilitates the flow of data between the CPU, GPU, RAM, storage, and peripherals. Another way to put it is that the chipset is like the air traffic control station in the motherboard, as it handles how the computer uses its resources.

However, prospective motherboard buyers need to consider the different motherboard chipset types for their unique use case/s. We’ll show you how you can make the right decision about picking your motherboard based on the chipset platform and models that are available.

The chipset platform is one of the first variables you’ll have to handle when choosing your next desktop. Luckily, there are only two notable platforms you can choose from: Intel and AMD.

Both platforms have chipset options for various scenarios, ranging from entry-level to mid-range gaming, productivity, and other desktop tasks. You can find chipsets on both platforms with enough power for intensive tasks like video editing and ultra-processing gaming as well.

Over the years, Intel and AMD have developed their offerings and iterated through several models. For instance, Intel is on their 9th generation chipsets, while AMD is readying their new “Zen 3” lineup with its third-gen “Ryzen” architecture soon.

Picking between both chipset platforms can be tricky, as they each have their strengths and limitations. Therefore, it’s best to consider your requirements in a motherboard chipset before deciding.

If you care about multi-core processing performance for your day-to-day desktop applications, AMD chipsets have a slight edge over its rival Intel. Conversely, Intel has a slight advantage if you’re interested in quick bursts of single-core prowess for your gaming sessions. Going further, Intel retains a clear lead on gaming. The fastest gaming chipset in the world at the time of writing is an Intel Core i9 series model. What’s more, the company maintains dominance over AMD in almost all price ranges.

Beyond the general differences, both platforms continue to improve on their products and one-up the other company as a result, with a fierce duopoly helping customers in the end.

Therefore, you might have to pay closer attention to the trends in the current market. AMD dictated the pace of innovation by doling out their Zen-based processors with more cores and better power efficiency.

However, AMD’s lead got covered by Intel shortly afterward when Intel added more processing functions to its existing lineup, and that gave it a power boost. Intel is still behind on overheating and power issues, with many believing this still leaves AMD at the front. There is no right answer to Intel or AMD, but there is a wide variety of factors to consider before choosing one over the other.

While the CPU platform companies might be on a back and forth for the coming years, below are some of the improvements that can matter more to you when picking Intel or AMD:

The CPU platform rivalry saw Intel introduce PCIe 5.0 and DDR5 RAM memory. Both specifications brought a significant upgrade to the existing PCIe 4.0 and DDR4 memory which AMD continued to offer.

However, Intel doesn’t give consumers a full reign on the new PCIe 5.0 hardware, which was something AMD did with their older PCIe 4.0. Also, the upgrade brought a higher price tag, making it a fair toss-up between faster but more expensive motherboards at Intel, and slightly older but cheaper alternatives at AMD.

While Intel focused on newer chipset technologies, AMD focused on undercutting them with cheaper but reliable options. At some point, these strategies brought lower motherboard prices across the industry as Intel had to keep up. As a consumer, this was only beneficial given the breadth of options out there in the market now.

However, Intel’s fightback tactics with the addition of new features have again seen an uptick in the prices. If you’re on the market to pick a motherboard chipset for the price, the recommendation is to wait for the mainstream H and B-series chipsets from Intel. They are expected to have a much lower price than existing options at the time of writing.

Desktop PC users might appreciate overclockability in their motherboard chipsets. Overclockability is the quality of added processing strength that the user can unlock for heavier and more intensive tasks.

Currently, Intel offers some of the most overclockable chipsets on the market. The Alder Lake chip architecture allows you to get more overclocking capacity, and it also supports popular motherboards like the Z690.

The table above details some of the compatible CPU series and the corresponding motherboard chipset/s. The right combination allows for a seamless operation on the CPU, GPU, and RAM levels, and for a great PC experience.

While we might not recommend that you delve into the technical details of how manufacturers make motherboard chipsets, just knowing the compatibility between the chipset and the CPU is important.

The motherboard chipset has to handle the main processing operations for the PC, and it is also the foundation for other components to function. Intel and AMD are currently the only chipset makers you can find on the market, and each has various pros and cons.

Hopefully, this article has given you an idea of which to pick and how it can help you get the most out of your PC setup. Generally, Intel and AMD chipsets have strengths and limitations that complement one another.

Lastly, we’d recommend that you consider other aspects of the motherboard outside the chipset. Such a strategy would enable you to make the best-rounded decision for your PC build.