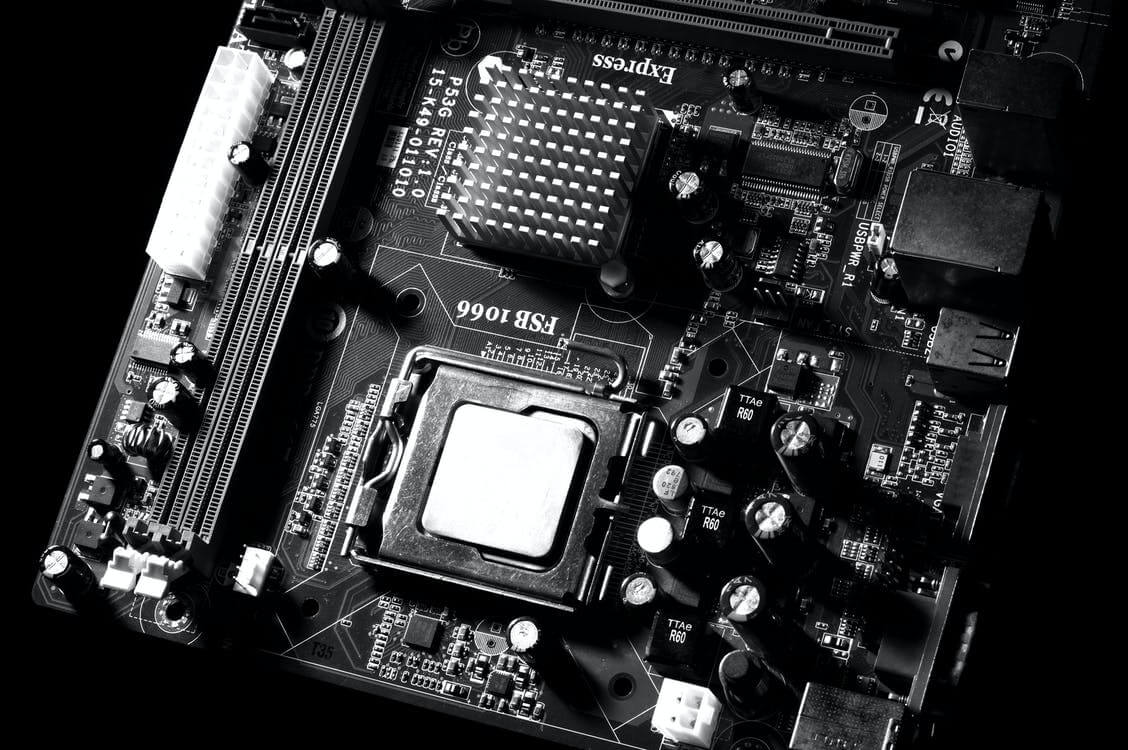 Motherboards typically come with many components, all of which utilize the PCI-E ports on the board. However, the motherboard parts that most users would care about are the Wi-Fi card and Bluetooth connection. You may want to know if your motherboard comes with Bluetooth connectivity out of the box.

Bluetooth Functions on a Motherboard

You might be wondering why Bluetooth is a connectivity option for most computer models today. The technology allows for low-power, short-range wireless connections between computers. Nowadays, you can use Bluetooth to listen to audio files through a compatible headset wirelessly.

Furthermore, several Bluetooth-compatible peripherals now exist so that you can use the technology for more than media consumption. You can pick up a Bluetooth mouse, keyboard, and other accessories if you want to have a wireless computing experience.

Beyond the prospect of having a wireless PC setup, Bluetooth is a low-cost alternative to Wi-Fi, even when they use the same technology. The idea is to have a wireless connectivity option that performs other tasks that don’t require long-range data transfer. It’s the reason motherboard and PC manufacturers include separate Wi-Fi and Bluetooth radios in their products to save on production costs.

Do Motherboards Come With Bluetooth?

Now we come to the main question. Do Motherboards Come With Bluetooth? The answer is complex, as many desktop motherboards omit Bluetooth from their components line-up. These are often from the budget to mid-range motherboard categories, making the user find a third-party alternative.

Many motherboards leave out Bluetooth radios because the manufacturers don’t think they are necessary since Ethernet ports are available for a more stable connection. Also, Bluetooth radios have to come paired with a Wi-Fi card, as one can’t function without the other. This arrangement makes the motherboard production much more expensive, and brands would rather avoid it.

Another reason for leaving out Bluetooth on a motherboard is that it’s better suited for smaller circuit boards. You can find the radio on smaller form factors like the Mini ITX instead of desktop ones. Also, motherboards destined for a mobile device can get away with including Bluetooth connectivity. Laptops and smartphones would almost always come with Bluetooth, as the technology generally gets better use on a smaller computer.

How to Check if Your Motherboard Has Bluetooth?

Since it’s not certain that all motherboards come with Bluetooth by default, you might want to check if your unit has one. Generally, there are two ways you can go about it:

You can check if your system has a built-in Bluetooth radio by going through your PC’s software. You use the Device Manager utility software to ascertain its Bluetooth connectivity if you’ve got a Windows-powered computer. Simply follow these steps:

You should be able to find the Bluetooth immediately if you follow the steps. However, there are a few reasons why you might not see the function. It can mean that your PC doesn’t have a Bluetooth radio or that it has one without the drivers. If the latter is your case, you can head over to the PC manufacturer’s website and install the drivers.

2.    Check for A Bluetooth Certification

Another method to check if your PC’s motherboard has a Bluetooth radio is by looking at its specs. The specifications sheet states whether you have Bluetooth connectivity baked into the motherboard or not.

You can also find a sticker showing you that the unit has Bluetooth Certification in some motherboard models. You can check the motherboard’s official website for such information if it isn’t printed.

You may also check for antennas at the back of the circuit board, as that shows the presence of Wi-Fi and Bluetooth radios. Try to note the Bluetooth version your motherboard has as well. The current version is Bluetooth 5, which allows for stronger wireless connectivity, but some circuit boards still use the older 4.2 iteration.

How Can I Add Bluetooth To My Motherboard?

You may have checked your motherboard and couldn’t find a Bluetooth radio on it. That doesn’t mean that you can’t have a wireless connection. There are several ways you can manually add it. Below are some of the common methods:

One likely reason that your motherboard doesn’t have a Bluetooth radio is for the manufacturer to include an extra PCIe port on the motherboard. You can use the slot to get the missing Bluetooth function.

Bluetooth PCIe cards often have high connection speeds, almost matching a built-in one. However, you must note that you can’t buy a Bluetooth card separately; it has to come with a Wi-Fi card. Also, it’s best to get a PCIe card that supports the latest Bluetooth version.

If you can’t find a standard Bluetooth PCIe card, another alternative is a USB Adapter. While it doesn’t support fast connections, Bluetooth USB adapters are sufficient for casual short-range wireless connections.

Another advantage a USB adapter has over the PCI-e option is that you don’t have to pair it up with a Wi-Fi card. You can find several standalone Bluetooth USB adapters on the market at any budget you might have.

Other Bluetooth Information to Note

Bluetooth started as a shorter-range version of Wi-Fi technology. Over the years, it’s improved on the range and provides more functionality without a significant power cost. In 2016, Bluetooth 5.0 came out to bolster wireless connections between IoT (Internet of Things).

In the future, Bluetooth can move from the current wireless point-to-point connections to a bigger mesh configuration for advanced network functions. Your motherboard’s Bluetooth can rival Wi-Fi networks soon, and you’ll be able to connect to more digital environments and do more than the current basic data transfer.

Do motherboards come with Bluetooth? Well, this doesn’t have an objective answer. Some motherboards have it, while others don’t. But what factors determine whether your motherboard has one or doesn’t?

Generally, smaller desktop motherboards tend to come bundled with a Bluetooth and Wi-Fi radio. They don’t have the physical space for expansion ports and lanes. Also, motherboards for mobile devices almost always have built-in Bluetooth since laptop and smartphone users can benefit more from short-range wireless connections.

Whatever your motherboard’s Bluetooth status turns out to be, the highlights above can help you check your built-in Bluetooth radio or get a third-party alternative instead.