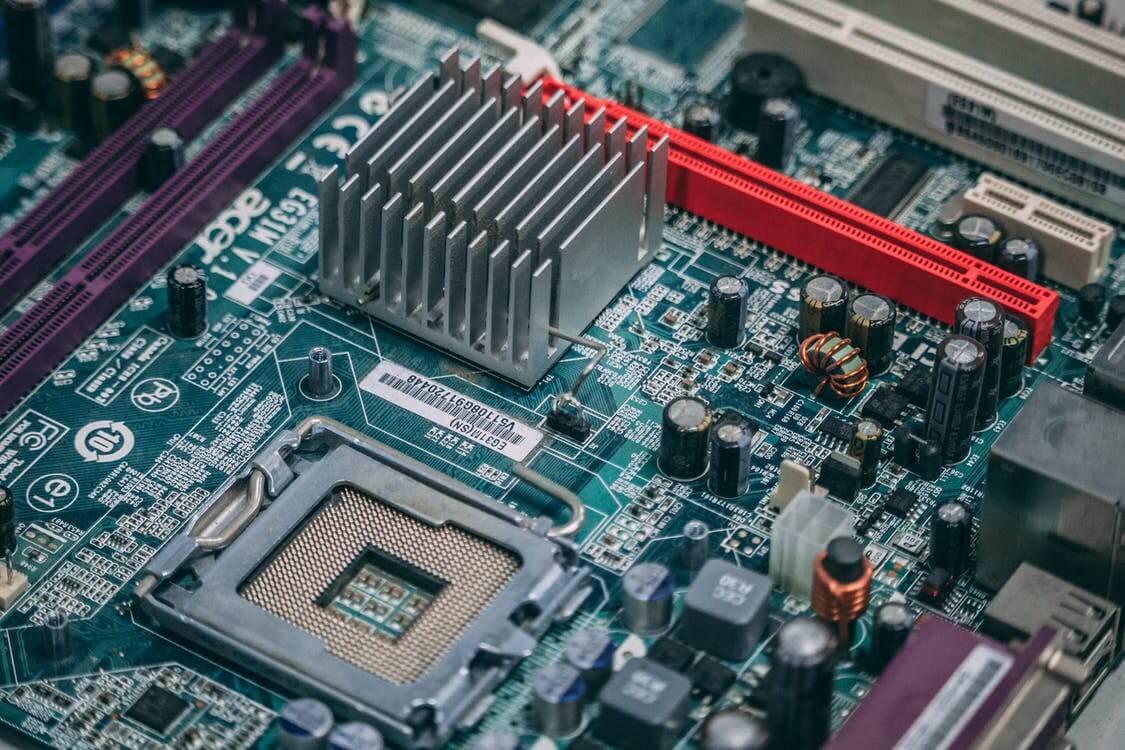 Motherboards have been the central component in a computer ever since the first PC rolled out decades ago. Over the years, it’s had different names like system board, mainboard, or backplane board. When it comes to Apple computers, the motherboard goes by the name “logic board”.

A typical motherboard is no more than a printed circuit board tasked with power allocation and communication access throughout the computer. You can call this unit the foundation in any PC, and it’s often the biggest board you’d find if you pop open your computer.

But what is motherboard? What’s its essence? Given how advanced computing and technology have come, are there alternatives to the component? Read on as the piece unravels some of the most basic details about motherboards.

Overview: What is Motherboard?

Motherboards are a primary computer component that provides connectivity to other system parts. They communicate with secondary components like the CPU, RAM, and media cards, allowing them to function correctly. You can find motherboards in different sizes and types on the market.

Furthermore, it’s important to note that a single motherboard can only work with particular CPU and RAM models. That’s why custom PCs include a specification guide for users who would like to get an out-of-the-box motherboard instead of a factory-fitted one. However, you don’t have the same caveat with hard drives, as they’re primarily universal and would work on most motherboards.

Computer development as we know it started in the late 1950s, but the first motherboard didn’t come along until 1981. That was when IBM designed one for their personal computer model of the same year. The company chose to call the component “Planar”, but the “motherboard” naming stuck better.

Motherboard Location Within The Computer

Also, if you’ve got a tower-style system unit, the motherboard would sit on either side of the wall. Locating the board shouldn’t be an issue, as it’s often the biggest board in the casing.

Components Around a Motherboard

As stated earlier, a motherboard oversees every other component in the computer. Typically, several other units around the motherboard receive access and power for their functions.

First are the Expansion Slots, often comprising the PCI Express, AGP, and PCI ports. Then you can find the connectors, including the 3-Pin base fan connector, back pane, and P4 power connectors. On the motherboard, you can find the integrated circuits, SATA connections, and coin (CMOS) cell batteries.

If you’ve got an older motherboard, some of the components you can find on it are:

You can have motherboards in several form factors, and you can expect more categories as computers get more sophisticated. Some of the most common motherboard types we have today are:

You can also find other ATX-based variations, such as the Full ATX and MiniATX. Some motherboard types are swappable, but the manufacturer explicitly specifies them in their product manual. You must only use the appropriate board type for your PC, as a mismatch can damage the components.

There are no regulations on how many ports or connections a motherboard can have. Some manufacturers try to cram in as many slots as the board’s space can allow, while others give the essential ports with the option to upgrade.

It’s best to check out your motherboard’s manual guide to know how many connections you get. You may also do online research about it if you’ve lost the manual.

You must note that you typically can’t give more connections to a motherboard manually. That’s because the process involves drilling holes into the board. You might damage your motherboard if you try to drill a new hole for a slot. Thankfully, the manufacturer often includes spare expansion slots if you’d like to upgrade later.

Have you ever noticed that your motherboard has color codes for its many ports? Manufacturers color-code connections on the motherboard to identify their classes and functions.

For instance, IDE connectors have separate colors to differentiate between the primary and secondary types. Also, memory slots have a range of color codes, often to indicate whether they’re single or dual channels. You must note that the color choice for components on a motherboard is solely at the manufacturer’s discretion. Therefore, it’s best to read the user manual for more information about the slot color codes for your board.

Users may also wonder how a typical motherboard attaches to the computer case. Generally, the Motherboard-to-Case connection gets established with standouts, and once you get that fixed, you can attach other peripherals or an expansion slot.

If there’s a motherboard in a computer, there must be a fatherboard, right? In computer science, there’s no such term as fatherboard. However, you can have a daughterboard, a derivative of a motherboard.

The idea is that the motherboard is the central, load-bearing circuit board in the computer, responsible for smaller boards. Therefore, it’s got the prefix “mother”. You may call the attached circuit boards its “children”.

Motherboard manufacturers have different specifications for their products, especially when considering factory and custom installations. You can observe clear distinctions between brand motherboards like Dell, HP, Lenovo, and third-party ones.

The reason for the differences is that third-party motherboards cater to a broader selection of computer models, while OEM units would mostly work specifically in one configuration.

As a result, you may replace your OEM motherboard with a third-party alternative, but that might not be the case when replacing a retail unit with a branded one.

Motherboards in smartphones have a different configuration than the standard for other computers. They have to fit into a smaller form factor while retaining as much function.

Also, you’ll notice that some of the components like CPU and RAM are in place permanently on the board. It’s all part of the space-saving measures manufacturers have to take. Smartphone and tablet motherboards don’t have provisions for sockets and expansion slots, and you certainly can’t upgrade the component if you want.

So what is motherboard? The motherboard is the basic essential in a computer. Without it, all you’d get is a bunch of wires over scraps of machines.

A motherboard is a circuit board that connects other circuit boards in a system and grants connectivity and resource access to other components and peripherals. Beyond that, there are other aspects to having a motherboard power your PC.