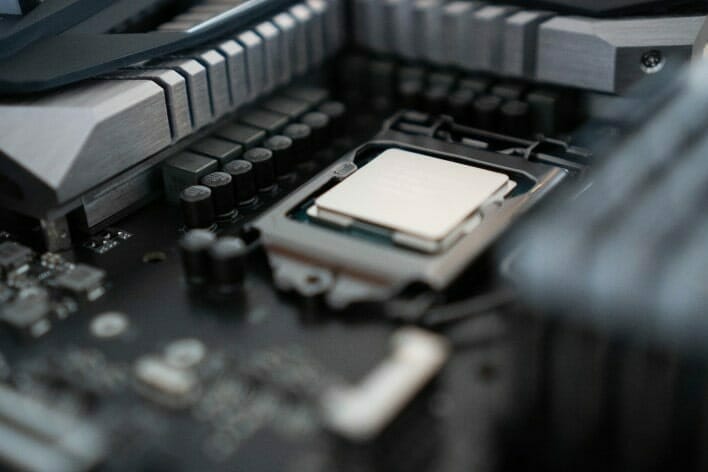 However, Intel has joined quite late considering that the gaming world may embrace the newer PCIe 5.0 interface as early as next year.

But Intel has claimed that their newer desktop processors will be able to deliver storage performance on the existing PCIe 4.0 faster than AMD systems.

In a recent update from Intel, they’ve claimed,

These results were backed up by a benchmark result where they compared both the flagship’ CPUs, Intel i9-11900K and Ryzen 9 5950X head-to-head on a system with the same configuration with 1TB Samsung 980 PRO SSD. The system configuration involved in the benchmark testing was set at 32GB of DDR4-3200 RAM paired with an RTX 3090. AMD’s Ryzen 9 5950X was integrated on an ASUS X570 ROG Rampage VIII motherboard whilst Intel i9-11900K was paired up with the newer ASUS Z590 ROG Maximus XIII motherboard.

Both the systems were benchmarked with Windows 10 20H2 installed onto Intel 760p SSD, with Samsung 980 Pro SSD half-filled to perform the test in isolation

The results were shared by Intel’s Ryan Shrout on Twitter with a comparison graph of the test. However, the tweet soon raised questions about whether the AMD system was completely configured to take full advantage of the 980 PRO by having it installed on an M.2 slot directly integrated with the CPU.

Ryan explained with a follow-up reply that “Allyn didn’t test using the M.2 slots, he used an x16 slot with a riser card to make sure it was CPU attached on both platforms.”

This surely raises our concerns if these claims are really true or if they actually bring a noticeable difference in in-game performance.

On the other hand, not all of the newer titles are coded to take full benefit of the improved transfer speeds on PCIe 4.0. At this point in time, even the SATA SSDs should perform as well in competitive gaming as NVMe SSDs.  But as the future games start to take advantage, it will be interesting to see if real-world performances actually bring noticeable difference or if it is just a cherry-picked result by Intel.