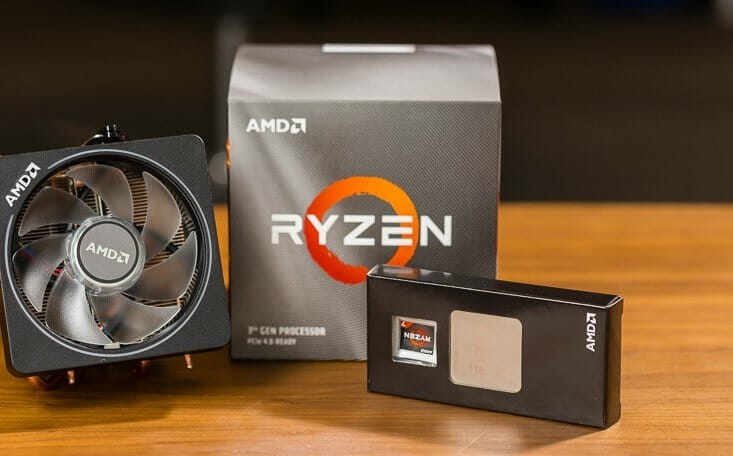 AMD is the company behind some of the best microprocessors of all time, and most definitely some of the best microprocessors in recent times. If you own a high-end PC, there’s a good chance that it is powered by an AMD Ryzen processor — of which the Ryzen 7 3700x was an iconic addition when it was released on July 7th, 2019. However, since its launch, there’s one question that’s been bugging all its users and admirers — does Ryzen 7 3700x have integrated graphics?

Graphics are perhaps the most vital part of any PC experience, and a good graphics card can make a significant difference to a gaming or normal browsing experience on a PC. A graphics processing unit (GPU) is the component that supports and enables the video output capability of a computer, and without an integrated card in the motherboard, you would have to invest a hefty amount in buying a dedicated graphics card.

What Is An Integrated Graphics Card?

Overall, integrated graphics cards are great for new gamers as they’re cheap and don’t require any external parts. You can also use them for light video editing, 2D gaming, or other general purposes such as internet browsing.

Why is an Integrated Graphics Card important?

So why are we even discussing integrated graphics cards? Are they so important that you won’t be able to run your computer? Actually, yes.

In short, HDMI, VGA, DVI, or any other ports present on your motherboard are useless without a GPU — whether it’s integrated or external. So, if you want to see anything on your computer, you have to have a GPU present. Having an integrated GPU just allows you to do this without having to attach an external GPU.

Does Ryzen 7 3700x Have Integrated Graphics?

Now the million-dollar question — Does Ryzen 7 3700x Have Integrated Graphics?

Unfortunately, Ryzen 7 3700x is one of the few AMD CPUs that doesn’t have an Integrated Graphics Card. It is part of the ‘X’ suffix series by AMD that do not feature any integrated GPUs. Other AMD CPUs like AMD Ryzen 5 5600X, AMD Ryzen 5 3500, AMD Ryzen 7 3600XT, etc. are like this too. This is due to their strong performance, and target customer of a heavy gamer who would likely need a powerful, dedicated GPU. With this absence of an integrated CPU and the heavy gaming target customer, PC builds including the Ryzen 7 3700x will likely require a dedicated CPU Cooler for a Ryzen 7 3700x build.

If you are a fan of AMD CPUs and want to make one of them a part of your PC building setup, then there is the ‘G’ Suffix from RX Vega Series for you. The AMD CPUs with a ‘G’ Suffix feature an integrated GPU, and these GPUs are often dubbed APUs or accelerated processing units.

Here is a list of all AMD CPUs that have an integrated GPU:

The performance offered by integrated graphics in terms of professional gaming is pretty disappointing. This is because you will be pushing these high-performance games into a little CPU that does not have enough space to insert the extra transistors you require, with the GPU almost being an after-thought for the CPU manufacturer.

Does Ryzen offer Better Integrated Graphics than its competitors?

AMD processors are known for their impressive Radeon processor graphics cards, however, AMD has been losing quite a lot of market share over the last few years to NVidia and Intel. AMD has been established as a reliable processor maker as well as a reliable GPU maker, however, doing the right research to ensure the integrated GPU meets your needs is important.

How Good Are The Ryzen integrated GPUs In Graphics Performance?

Of course, not all integrated GPUs can be grouped together in terms of performance as they have different builds. Depending on the type of GPU that your computer has, the difference in performance can be drastic.

To get a gist of what type of performance each Ryzen GPU offers, you can check out this performance chart compiled using notebookcheck.com. But keep one thing in mind: although some of these GPUs have the same name across generations, their performance isn’t necessarily the same.